Ever since I picked up a macro reverse ring and a set of extension tubes (this one and these, total cost $15.90), I’ve been wondering about mounting one lens on a second one just to see what would happen. I didn’t see a way to pull it off for quite some time, but then, in a flash of inspiration, I came across a brilliant solution. Unfortunately, this ‘solution’ occurred to me at work, early in the day, and by the time I got home, I’d forgotten. Oh well. I started playing around with the extension tubes and a couple of lenses anyway, when it hit me: Gaff Tape. And so the Super Macro Bros. were born. 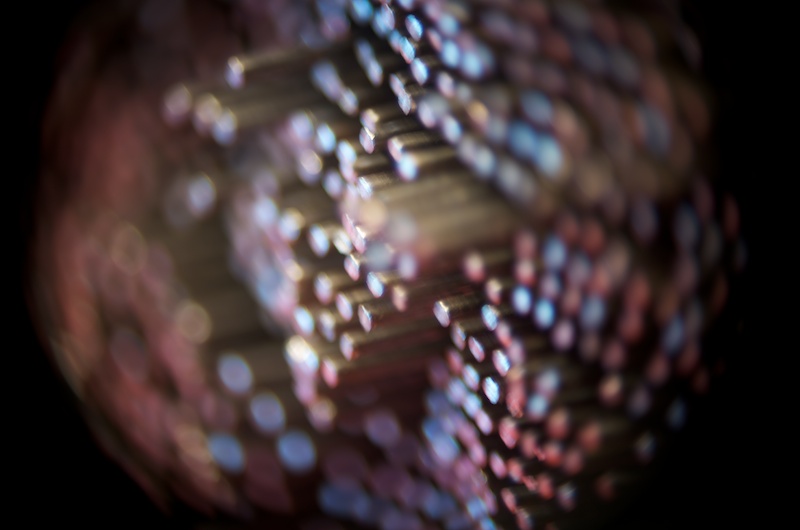 I mounted the Nikon 36-72mm f/3.5 E Series on the D7000, taped an extension tube to it (somewhat haphazardly), and mounted the Nikon 75-150mm f/3.5 E Series to it, first with in the usual manner, and then reversed with the macro reverse ring. It produced some very interesting results, with microscopic depth of field and fabulous bokeh. Unortunately, there were two issues: the focusing distance shrank to about an inch and a half, compared to the 75-150 reversed all on its own; and the images were circular, with varying degrees sensor coverage depending on how much (or little) each of the lenses was zoomed. But I produced an acceptable 365 shotanyway. Later in the evening, was thinking about the circular images, and suddenly I realized the problem: I had the setup backwards. A lens, in some ways, acts as a funnel for light: it gathers a wide range of light and funnels it down to the sensor or film plane. The wider the angle the larger the funnel. The problem with the first set up, I was going from a narrow field of view to a wide field of view, like a funnel flipped around.

So I hopped off the sofa, shaken from my evening repose, and tried again, this time with the wide angle going down to the telephoto. And *poof* we had a fully-covered image plane. GoGo. 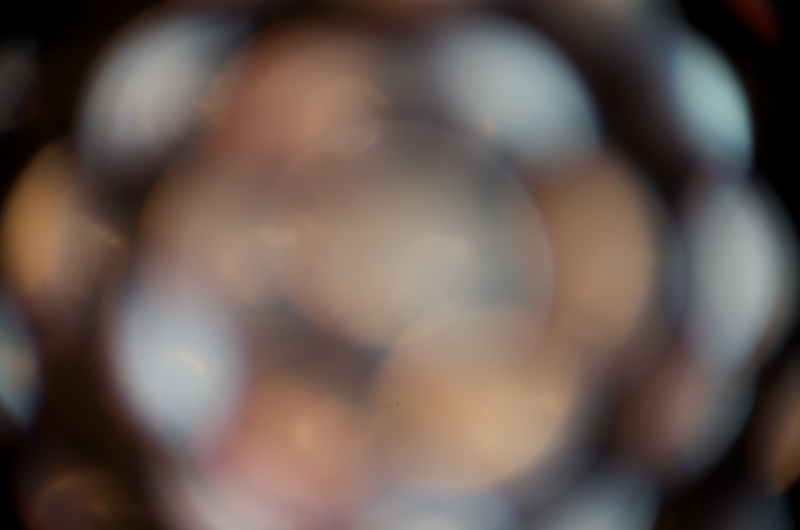 In some of the shots from the first attempts, there seemed to be an almost fisheye effect, a curvature along the edges of the frame. I wanted to exploit this, but how? Well, the 10-24mm has pretty obvious distortion on the wide end, perhaps that would amplify the fisheye-ish qualities. So the first thing I did upon arriving home was to attach the Nikkor 10-24mm f/3.5-4.5G to the 75-150 to see what would happen. There are many problems with this. First, the 10-24 is a DX lens, and its 10mm end doesn’t produce enough of an image circle to fill the 75-150. Second, the 10-24 is a G lens, which means it is sans-aperture ring, and stuck at f/22 without intervention. But I remembered Ken Rockwell saying that the 18-24mm range would cover an FX sensor just fine, so I zoomed the lens out. And I took a tiny piece of gaff tape and taped the aperture open. Still no good. The image circle now covered the sensor plane, but I couldn’t get close enough to focus, and the image was upside down… (I could go into some physics, here, but I don’t really know enough about it… instead, look here. To make it short, due to the rapid decrease in viewing angle, the focus point was coming to a point behind—or in front of—the sensor plane.) So I tried the Sigma 30mm f/1.4 (also a crop sensor lens, and also sans-aperture ring). Still no good. So I went back to the 36-72, which covered the image sensor fine (but only at its telephoto end). And right off the bat, I got a great shot. 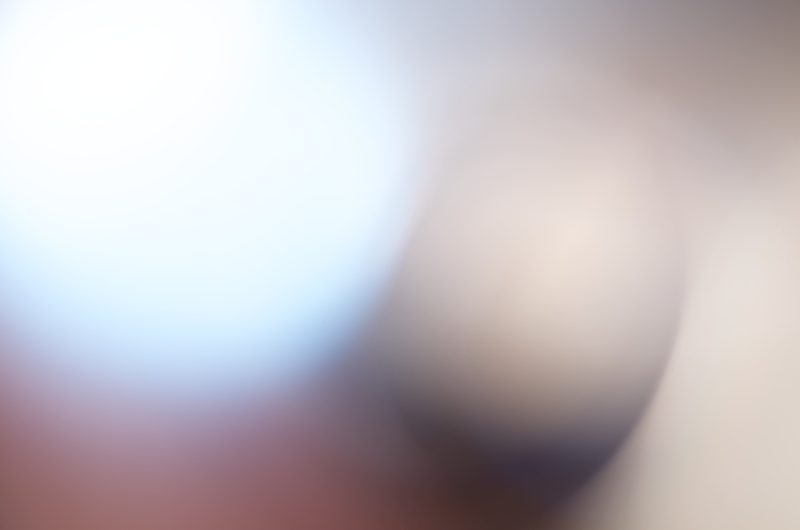 I messed around with the 10-24mm a bit more, tried using the full 48mm worth of extensions, tried hand-holding the lens out in front of the 75-150, and even tried hand-holding it reversed, but in no cases could I get a focused image at any distance. So I suspect that there must be some sort of mathematical thing going on, something that my art-addled brain can’t quite comprehend, but for which there is likely a perfectly coherent explanation available somewhere. And so I went back to the 36-72—with its older brother, the 75-150, together now known as the Super Macro Bros. I did play around with various focal lengths and apertures, with interesting results. Both focal length and aperture have an effect on the size of the image, but the effect is more or less severe, depending on which lens is doing the zooming or stopping down the aperture. With the 36-72 responsible for the lion’s share of the focusing, it’s unfortunate that zooming out causes the corners to darken rapidly after about 60mm. Stopping down the aperture, however, has little effect beyond the expected increase in depth of field. The exact opposite is true of the 75-150. I can zoom out to about 80mm before the vignetting turns opaque, but even the slightest stop-down (from 3.5 to 4) chops off the corners, and by f/8 it’s back to where it was on Day 1. But it all ended up fine anyway, and I had some fun with HDR (for no good reason) for my 365 project, so it’s all win. Below, you can see all of the images from the first two days