Just trying to take an innocent photowalk with the Kiron-made Vivitar 70-210mm f/3.5, when what do I come upon but a bee with his proboscis shoved into a little flower. It’s disgusting what bees and flowers get on to, right out in public and all. I mean…

/jk. I tried to catch various bees a couple of times, but this was the most in-focus of the 60-odd pictures of bees I made.

The zoom ring on the Vivitar is slightly sticky in spots, and since the zoom acts as the focus mechanism in macro mode, I tend to miss a bunch of shots. It didn’t help that the wind was rather fierce at times, the flowers are small, and the bees are skittish either.

This shot is not at full macro, which would be roughly twice as big, but there was no way I could focus by rocking back and forth given how quickly these little suckers were moving and how erratic the wind was. I estimate this to be in the 1:3 range, and really wish the Vivitar barrel markings were even slightly helpful, but there are only three straight lines: a white one that indicates distance in normal operation, a yellow one that indicates something in macro mode—I’ve yet to determine what exactly—and a thinner red one in between that serves an indeterminate purpose. There are no depth of field markings at any distance.

Anyway. This is straight out of the camera, and I think the Vivitar performed nicely.

And if you got this far, you get a treat: an outtake from today… Enjoy. 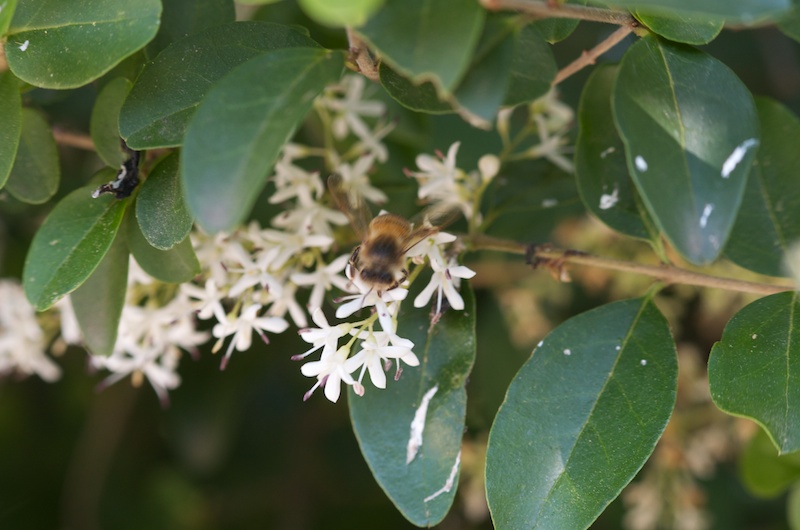