So in response to my gear lust (see here), and sort of in anticipation of future transition to “full frame” (or acquisition of a F4 or F100), I researched and purchased a couple of old lenses.

Additionally, I picked up the new Tintype app from the Hipstamatic folks, and it seems a good idea to post pictures of old film lenses with a fairly recentish phone camera, using an app that simulates an early analog/chemical process… Admittedly, this is probably a bit contrived. 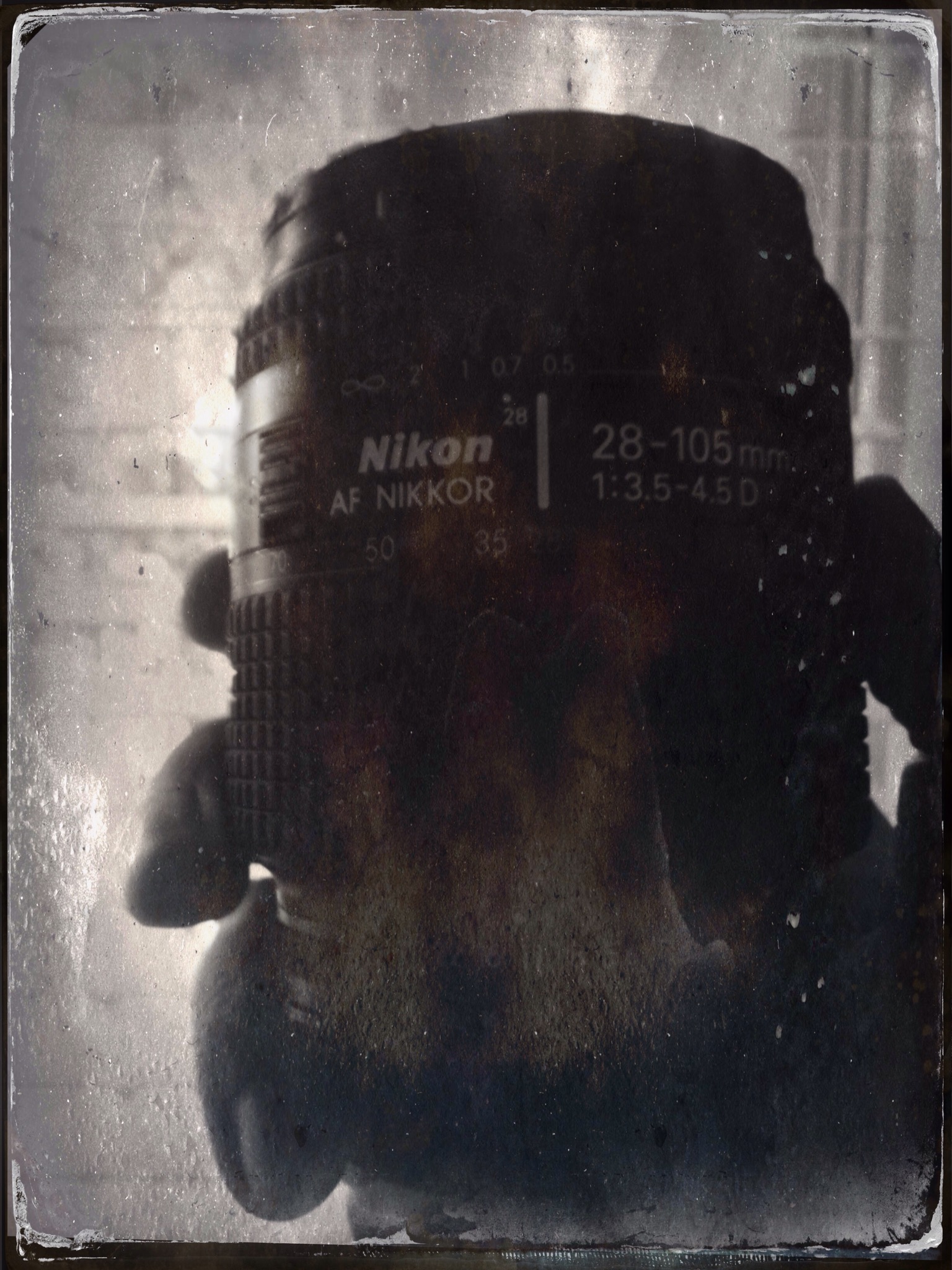 Next (and last, but definitely not least), a new, non-Zombified Nikon 75-150mm f/3.5 E-Series. This one was $58, shipped, and appears in better condition than the ~$150, now Zomb-E, which had some rub of the coating rubbed off the front element. The new one’s a beaut!

I haven’t shot much with any of these yet, but I’m looking forward to spending some quality time with them soon.